Sunday was the annual Washington County Heritage Days at Ft. Atkinson. If you live near Omaha you know it rained. That’s really a shame for this festival that’s trying to make its mark in Eastern Nebraska. The 1st Nebraska showed up to play as planned and discovered that there was no crowd, no vendors, and a bleak atmosphere. 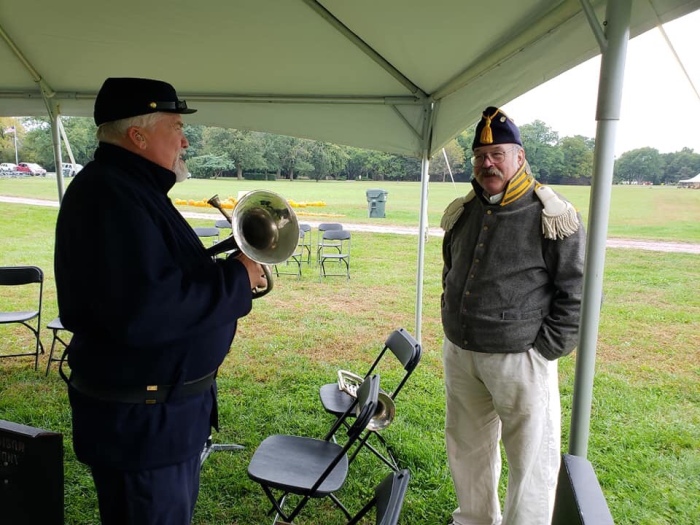 In spite of the weather, the band played through its music for the organizers and staffers that had to brave the rain. Fortunately, we had a tent to play under, so that when it poured we remained dry.

Here are a few photos of the day taken by one of our tenor horn players, Jeff Ingraham. Jeff can be seen in the selfie. Another photo shows alto horn player Gary MIller talking with a re-enactor from Ft. Atkinson. Interesting mix of periods, Civil War and post War of 1812. Finally, you can also see the backside of our drummers, Bruce Chapman and Carl Highman. Bruce is playing our newly purchased rope tension snare drum. 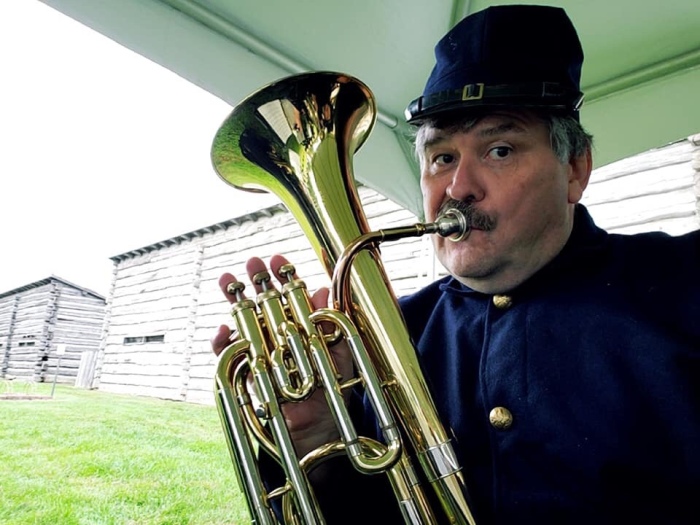 Our outdoor season has concluded, but we hope to perform some Christmas music in the area in December. Keep watching for the announcements of time and place.